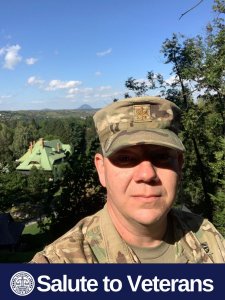 Chris is the managing partner of the Dothan branch of Boles Holmes Parkman White, LLC. His practice is focused on criminal defense, bankruptcy and probate. Chris has served in the Alabama Army National Guard since September 15, 2001, when he joined the 20th Special Forces Group. He deployed to Afghanistan in 2002-2003, before returning home and continuing his undergraduate education at the University of Alabama. In 2005, Chris graduated from the Alabama Military Academy as a Second Lieutenant and from the University of Alabama the following year. In 2010, Chris graduated from the Thomas Goode Jones School of Law, after having served as the SBA President. Chris chose not to pursue the JAG Corps and instead continues to serve as a Logistics Officer. “I love being a lawyer, but I also love not being a lawyer when I’m in uniform.” Chris was deployed again in 2017-2018, this time to Kuwait. Chris has been married to the former Leanne Massey (attorney with the Houston County Probate Court) since 2011. They have two sons, Charles and William.