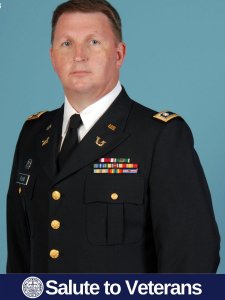 LTC Floyd retired after 28 years in the Army Reserves and Ala National Guard. He entered the reserves after law school, and his entire career was as a JAG in legal units throughout the eastern US, including Mobile, Birmingham, Atlanta, DC and NY state. Most of his work centered around providing legal support for reserve troops being deployed as well as active duty soldiers stationed at Ft Rucker, Ft Benning, NAS Pensacola and 7th Special Forces Group at Eglin AFB. He served with trial defense units, mostly supervising JAG defense lawyers that represented soldiers charged under the UCMJ.