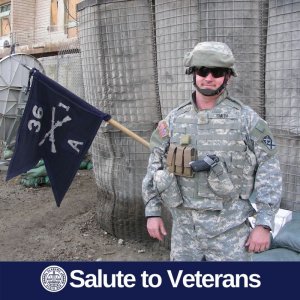 LTC Stephen Smith is currently serving as Regional Defense Counsel, 1930th Regional Trial Defense Team for the Southeast Region which includes Alabama, Georgia, Florida, Mississippi and Tennessee. LTC Smith was mobilized in 2002 for 6 months as part of a Joint Task Force in Operation Noble Eagle/Enduring Freedom and was stationed at Ft. Sam Houston, Texas. He served on active duty again in 2006 with the 226 Area Support Group, Mobile, Alabama in Operation Iraqi Freedom and was stationed at Al Asad Airbase in the Anbar Province in Iraq. LTC Stephen Smith grew up in Geneva, Alabama and currently resides in Slocomb, Alabama. He was in private practice of law from 1996-2003 in Dothan, Alabama. From 2003-2010 he served in the District Attorney’s Office for Geneva and Dale Counties, as an Assistant District Attorney. In 2010 LTC Smith was elected as District Judge for Geneva County, Alabama and was re-elected in 2016. LTC Smith is married to Brooke Janasky Smith and they have four children: Clay (15), Evie (13), Lyla (10) and Camilla Jane(2).