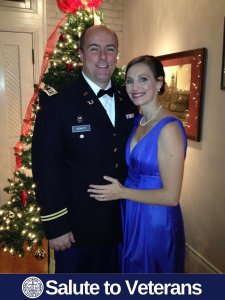 MAJ Hewitt’s military career began when he was commissioned as a Second Lieutenant in the United States Air Force in 2003. He served on active duty for 3 years as an aircraft maintenance officer at Barksdale AFB, Louisiana.
After law school, MAJ Hewitt joined the Alabama Army National Guard. He has
served in the Alabama Army National Guard since 2010. His assignments have
included the 167 Theater Sustainment Command at Ft. McClellan, Alabama Trial
Defense Service, the 226 Maneuver Enhancement Brigade in Mobile. He also
spent 20 months on active duty at Fort Rucker, AL where he served as a trial defense attorney.

He is currently a full-time Judge Advocate with the Alabama National Guard
at Joint Forces Headquarters in Montgomery.