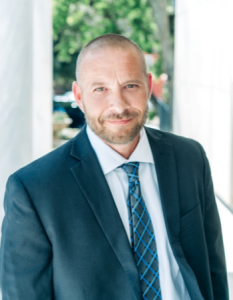 Jeremy McIntire was a National Merit Scholar Finalist and obtained his undergraduate degree from the University of Alabama in 1996. From 1996-1998, he was a police officer with the City of Tuscaloosa. Jeremy graduated from the University of Alabama School of Law in 2002. After law school, he served as an Assistant Attorney General in the Capital Litigation Division of the Attorney General’s Office. Jeremy joined the Office of General Counsel of the Alabama State Bar in 2006 and is currently the Deputy Chief General Counsel.