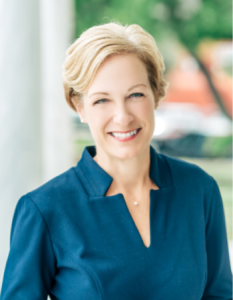 Terri Bozeman Lovell began her tenure in June 2021 and is the first female executive director of the organization since its founding in 1879.

Lovell previously was the Presiding Circuit Judge in the Second Judicial Circuit. Prior to that, she served as the District Judge of Lowndes County.

Lovell is a graduate of Auburn University at Montgomery and Jones School of Law, where she earned her Juris Doctor in 1995 and was admitted to the Alabama State Bar in 1996. She also served as a law clerk to the Judges and Justices of the Appellate Courts of Alabama from 1996-1998.