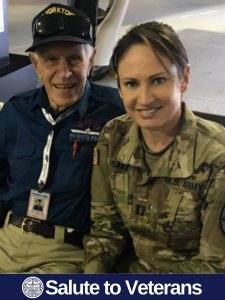 Melissa L. Isaak is a Captain in the Alabama National Guard and currently serves as Trial Defense Counsel. Prior to accepting a direct commission in the Guard, she enlisted in the United States Army and served on active duty for a period of four years. While on active duty, Melissa obtained a Bachelor of Science Degree as well as a Master of Science Degree in Psychology. After her discharge from the Army, Melissa worked as a child and adolescent therapist and conducted research at the United States Army Aeromedical Research Laboratory (USAARL) where she became a published author. She also taught courses on psychology, child development, statistics, juvenile delinquency and statistics at Wallace Community College and Troy University. Melissa then used her G.I. Bill to obtain a law degree from Barry University where she was a member of the law review. Melissa was one of the first pioneers in the area of Fathers’ Rights. She opened the Isaak Law Firm, limiting the firm’s representation to men in family law matters, which has grown into a firm with locations in three cities in the state of Alabama. Melissa has been a speaker at several conferences and CLE’s regarding shared parenting, the nuts and bolts of a family law case, representing men in divorce and the scientific data regarding custodial schedules. Melissa continues to advocate for shared parenting and time sharing in family law matters.