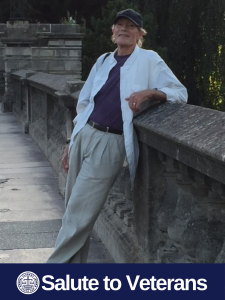 After graduating and commissioned as 2nd Lieutenant, James Sledge entered Army with training in Armor School, Intelligence School, Jungle Expert School and Vietnamese Language School.
He was assigned to the Delta in 1970 as an advisor to Vietnamese Special Operations troops, and he was part of the Phoenix Program under the command of CIA. This is only instance in US history for military serving under civilian command. When he finished there, he left the Army and started UA Law in 1971 with a class that included a large number of veterans.

Judge Sledge was appointed on January 11, 2006, by Librarian of Congress Dr. James H. Billington to serve as a six-year term as Chief Judge on the three-member Copyright Royalty Board. He is also a retired United States Bankruptcy Judge from Alabama and has chaired the Judicial Division of the American Bar Association and the National Conference of Federal Trial Judges.