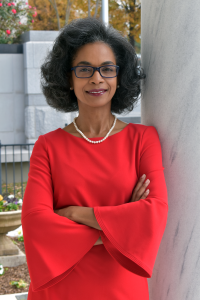 MONTGOMERY – The Alabama State Bar (ASB) has selected Karen Laneaux to serve as its next admissions director. In this role, Karen will oversee the administration of the Alabama bar examination, coordinate the Committee on Character and Fitness, serve as the liaison to the ASB Board of Bar Examiners, and enforce the Rules Governing Admission to the ASB.

“Upholding the standards of the legal profession and improving the administration of justice are the highest priorities of the state bar, and it all starts with the admissions process,” said ASB President Taze Shepard. “Karen’s experience and professionalism will help us ensure the integrity of the process for those who are admitted to the bar.”

“I am humbled to be selected as Admissions Director for the Alabama State Bar,” said Karen. “It is a privilege to have practiced as an Alabama lawyer for more than 25 years, and I am excited for the opportunity to serve current and future members of the Bar.”

A 1992 graduate of University of Alabama at Birmingham, Karen received her Juris Doctorate in 1997 from Tulane University School of Law. She started her career as an associate at Beers, Anderson in Montgomery before going to work for Beasley Allen for four years. For the past 18 years, she’s been in private practice with friend and mentor Sandra Holston Lewis.

Karen is currently an Alabama Law Foundation board member and Fellow. She previously served on the Montgomery County Bar Foundation’s Board and is currently a board member for Brantwood Children’s Home. She has served as guardian ad litem for more than sixteen years, a mentor to young girls and women in her church and the community and taught legal research and writing to law school students. She is a graduate of Leadership Montgomery Class XXXII and a member of the Junior League of Montgomery. She is married to Kenneth Lebaron Laneaux, a financial advisor with Merrill Lynch Wealth Management, and proud mother to 12-year-old, Kenneth Lebaron Laneaux, Jr.