The Presidential Medal of Freedom recognizes people who have made an especially meritorious contribution to the security or national interests of the United States, world peace, cultural or other significant public or private endeavors.

“There are very few people, if any, more deserving of this honor,” wrote Methvin in his letter. “Attorney Fred Gray served as the first African-American President of the Alabama State Bar from 2002-2003. He recently turned 90 years old and has spent the majority of his life fighting for the civil rights of all Americans.”

Methvin’s letter went on to outline the long list of legal accomplishments that make Gray deserving of the honor, citing the numerous cases Gray argued that became some of the most important cases in U.S. constitutional law advocating for the rights of African Americans and against segregation and discrimination on the basis of race.

In addition, Gray was the personal attorney for Ms. Rosa Parks, Dr. Martin Luther King, Jr., and Ms. Claudette Colvin. At a young age, Gray defended Ms. Colvin and Ms. Parks for refusing to give up their seats to white passengers on Montgomery’s buses. He was described by Dr. King as “the chief counsel for the protest movement.” 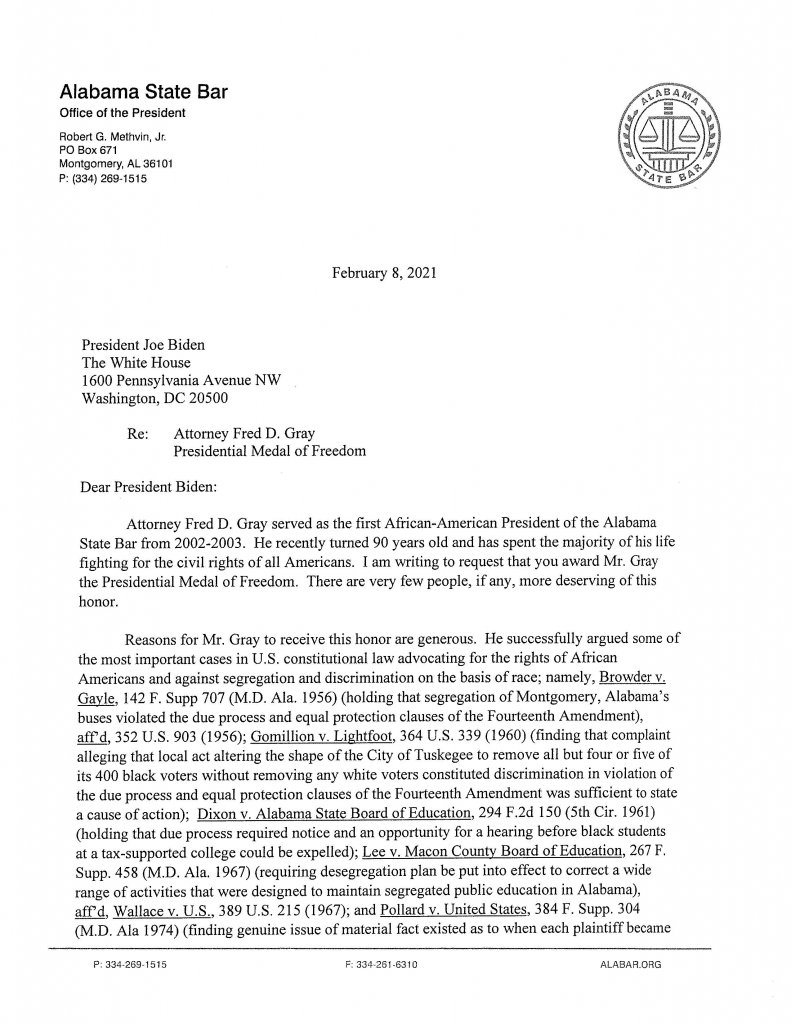 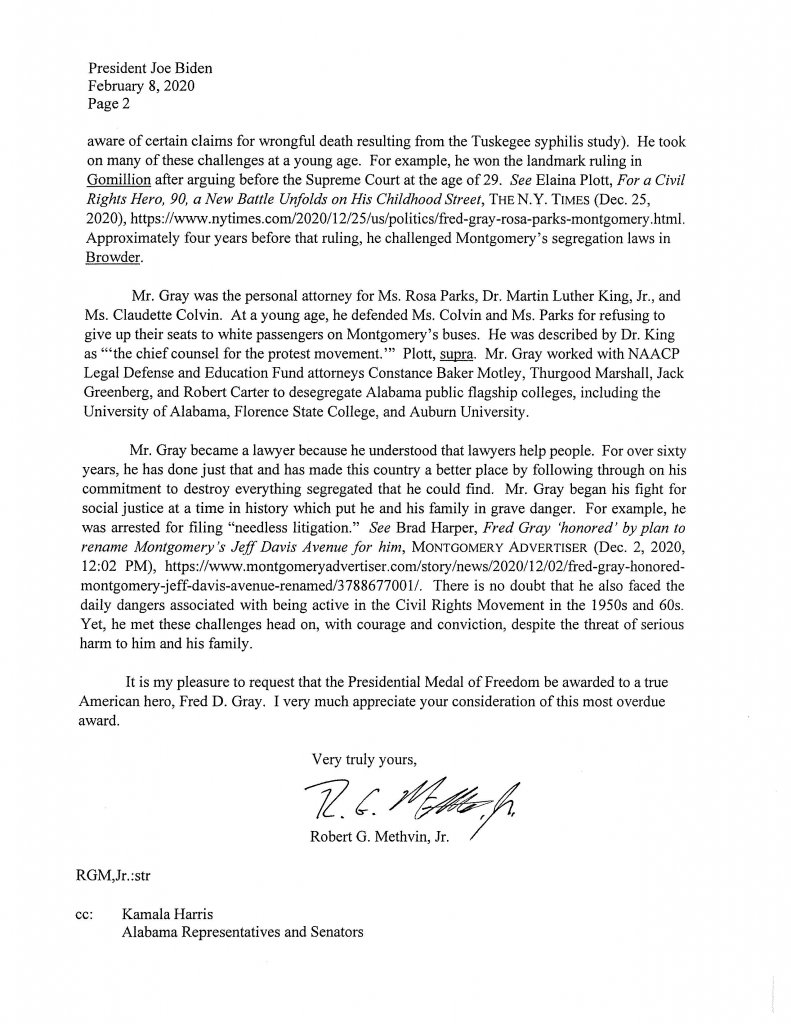 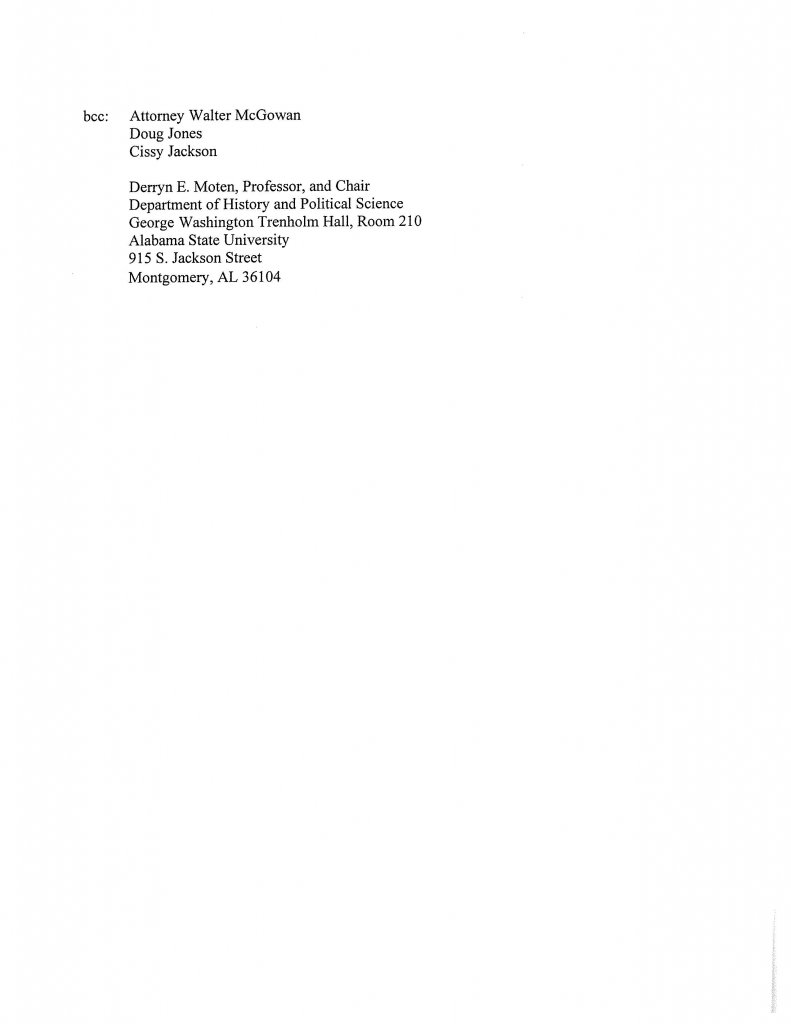