MONTGOMERY – The Alabama State Bar (ASB) announced today the selection of Judge Terri Bozeman Lovell as its new executive director. Lovell will begin her tenure in June and will become the first female executive director of the organization since its founding in 1879. 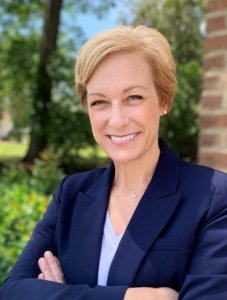 “We are thrilled to have Judge Lovell bring her vision, experience and never-ending enthusiasm for the legal profession to the Alabama State Bar. This is an exciting hire for all Alabama lawyers,” said ASB President Bob Methvin in announcing Lovell’s selection.  “After an exhaustive national search that produced 80 candidates, Judge Lovell stood out, not only for her abilities, but because of her understanding of the needs of Alabama lawyers and the Alabama legal community.”

Lovell, the current Presiding Circuit Judge in the Second Judicial Circuit, was appointed in 2011 by then-Gov. Bob Riley and elected without opposition in 2012 and 2018. Her retirement is planned for May 2021. As the only circuit judge in a three-county circuit, she’s heard civil and criminal jury cases, non-jury trials and domestic relations cases. Prior to that, she served as the District Judge of Lowndes County from 1998 to 2011.

Lovell is a graduate of Auburn University at Montgomery and Jones School of Law, where she earned her Juris Doctor in 1995 and was admitted to the Alabama State Bar in 1996. She also served as a law clerk to the Judges and Justices of the Appellate Courts of Alabama from 1996-1998.

“It is a great privilege and honor to lead the Alabama State Bar and help direct the future of the Alabama legal community,” said Lovell.  “I look forward to building relationships and identifying opportunities every day in which we can engage, equip and empower our members for their best work.”

Lovell was unanimously selected by a 26-member Executive Director Search Task Force to be submitted to the Board of Bar Commissioners for approval. The Board of Bar Commissioners, the governing and policy-making body of the Alabama State Bar, unanimously approved Lovell as the next Executive Director. Birmingham-based OnBoard Search assisted with the administrative work of the search.