Click the toggles below to read about each of the individuals featured in this year’s Profiles in Service.

The University of Alabama School of Law

A 2000 graduate of the University of Alabama School of Law, Anil began his legal career as a public interest lawyer with the Alabama Disabilities Advocacy Program.  He continues to represent people with disabilities in civil rights and civil liberties matters in both his private practice and pro bono practice.

Anil also has experience in complex civil litigation, including class actions, shareholder derivative suits, labor and employment matters, False Claims Act litigation, and commercial disputes. Anil also currently serves as outside general counsel for an Indian energy company.  In addition to these areas, Anil also represents plaintiffs in personal injury cases, including in the areas of child sex abuse and human trafficking, and recently has added a mediation practice.

Prior to founding the firm Zarzaur Mujumdar & Debrosse with his friends Gregory Zarzaur and Diandra Debrosse, Anil had the privilege of working with and learning from Doug Jones, current United States Senator for the state of Alabama and former United States Attorney for Northern District of Alabama.

He is the co-author of the Alabama Civil Procedure treatise published by LexisNexis.  He presently teaches as an adjunct at Miles Law School.  He previously has taught as an adjunct at Stillman College and The Univeristy of Alabama both in the American Studies Department and the School of  Law.

Sarah Stokes is a senior attorney at the Southern Environmental Law Center in Birmingham, AL. She has litigated cases under the Clean Water Act, National Environmental Policy Act, National Historic Preservation Act, and Endangered Species Act. She has taught as an adjunct professor at Samford University and was invited to serve on a focus panel formed by Governor Bentley to create a state water management plan. She has been recognized by the Cahaba River Society as the Cahaba Conservationist of the Year.

Sarah is a Birmingham native who received her undergraduate degree from Dartmouth College, a masters from the London School of Economics, and a juris doctorate from the University of Alabama School of Law. In law school, she clerked with Rosen and Harwood, was a research assistant for Professor Norman Singer in Addis Ababa, Ethiopia, and was awarded a Florida Bar Foundation Fellowship to work on the Refugee Project at Jacksonville, Florida’s Legal Aid. Prior to law school, she worked on Justice Lyn Stuart’s campaign and served in the Peace Corps in Paraguay as an environmental educator.

Sarah Stokes serves on the Public Interest Institute Advisory Board of the University of Alabama School of Law, the Board of the Pinhoti Trail Association, the Advisory Council of the Black Warrior Riverkeeper, and the Transportation Citizens Committee for the Regional Planning Commission of Greater Birmingham. She is active in the Alabama State Bar, and has served in many capacities, including as Chair of the Environmental Section of the Bar. 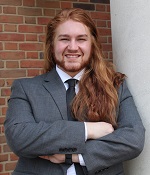 My decision to attend law school was largely based on growing up in a small, underserved community where many people struggled to afford basic necessities. Thus, the financial ability to hire an attorney isn’t in the realm of possibility for many people in my hometown. When I started my journey at Cumberland, I began volunteering in any capacity I could to work with underprivileged, low-income citizens to help them through troubling times–specifically through the multiple help desks offered through Birmingham Volunteer Lawyers Program.

The motto of the Alabama State Bar is “Lawyers Render Service.” As law students and attorneys, we must recognize the importance of Pro Bono work so that we can render service to all Alabamians–not just those fortunate enough to afford legal services.

“The true measure of our character is how we treat the poor, the disfavored, the accused, the incarcerated, and the condemned.” -Bryan Stevenson

Laurel is a 2009 graduate of Jones School of Law and a Montgomery native. Throughout her life, she has been committed to serving the community, and that commitment shows itself in a big way when it comes to our legal community.

In private practice, Laurel fought for children and the indigent through appointed work and pro bono service. As a founding member of the Montgomery County Bar Foundation board of directors, she was instrumental in getting our local pro bono efforts off the ground and planned CLE workshops, clinics, and other events. She was a frequent volunteer at community legal clinics from the beginning, and she made a point to always carry a caseload of pro bono cases.

In 2017, Laurel took the reins of the MVLP as its Executive Director. Over the past year, she has built upon the existing foundation of the program to create more clinics, more volunteers, and more opportunities for indigent clients to access quality legal representation. She has big plans for the future of the MVLP, and we can’t wait to see what she does next. 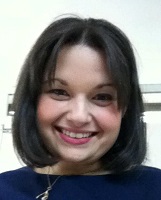 Holly Ray tried her very first case as a Legal Services Alabama advocate in her third year of law school. On a limited practice card, she represented a disabled senior citizen facing eviction from public housing due to poor housekeeping. “I probably walked in with a phone book’s worth of well-planned arguments, envisioning myself the Ruth Bader Ginsberg of this tiny district courtroom. It was probably overkill, but I couldn’t sleep at night if I lost without giving it all I had.”

“That was when it really clicked”, she says, “the difference having counsel makes. For this client, losing his case would have meant homelessness. Quite frankly, it would have meant pain or death – a winter on the streets can wreak havoc on a person in poor health. On that docket with around a dozen evictions, my client was the only person with a lawyer. My client was also the only person to prevail that day, and my fate was sealed – I’d never be happy working anywhere else.”

She never has. Holly has been working as an attorney for indigent Alabamians at Legal Services Alabama since being admitted to the bar in 2008. Her passion is preventing homelessness by defending clients facing foreclosure or eviction. She regularly teaches courses to attorneys, landlords, and community leaders on issues related to housing law and policy. She has served as the managing attorney of the Huntsville office of LSA for the past 3 years.

Holly also serves on the Alabama State Bar’s Pro Bono Committee and serves as board chair of the Alabama Nonviolent Offenders Organization, a group devoted to preventing recidivism by connecting formerly incarcerated individuals with job and housing opportunities.